The Burgah Who Steals Hats 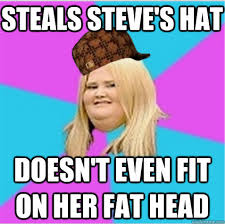 Even though this chick is usually a smoke and does this action to be flirty, no one likes having their hat snatched. Clearly the guy wearing the hat wore it for a purpose, so he can wear the hat, not you. You may think you look cute and flirty, but it’s flat out annoying. Instead of enjoying oneself, you’re stuck chasing some Linda piece through the soirée to regain what is rightfully yours. 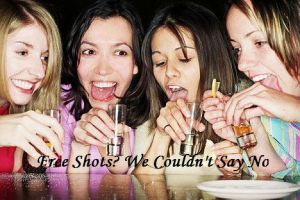 This chick. More often than not this chick is not even a burgah. She mangles through the party looking for the zooters and drunks, hoping that one will help her give her a fix. This Linda often asks, “can I borrow a cigarette?” “do mind if I hit that once?” or my personal favorite, “do mind if I take a few sips of that?” First off, you can’t borrow a cigarette. You’re going to suck that tobacco down and I’ll never see you again. Secondly, what is one hit of that going to do? You won’t even get a little zooted, goddam Linda. Lastly, no you can’t take a few sips of that, this is my drink, go get your own. 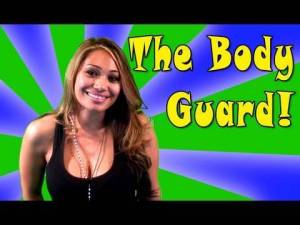 This burgah is the mom of the group. She might have a few turkey attributes but hey, don’t we all. She never gets too drunk and is always overprotective. For example last week my buddy Herman was simply talking to a burgah (may have been a little wasted, but yet again weren’t we all). And out of nowhere, the overseer comes out of her lair (Usually the corner of the room where she can see her friends) and grabs her friend. Now Herman isn’t the best looking fellow but he’s got game, but for some reason the overseer saw something we all didn’t. Other names for the overseer are; captain cock block, the sheepherder, or the Gatekeeper. 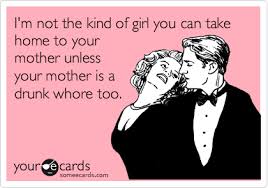 When you see this girl, you can’t help but think, “Wow this burgah is blowing it.” From slurring her words to falling down stairs, this chick is the ultimate buzz kill. She thinks everyone is her best friend and that she can do no wrong. Until two hours later when she’s huddled up over the john blowing chunks everywhere. Somebody get this Linda a couple waters mush. 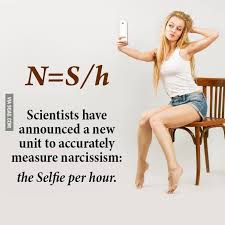 No matter where you go now, there are always picture chicks. Even if it’s just a couple friends hanging out they have to get a good ten selfies before they can call it a good night. These burgahs love to take actions shots too. These action shot pictures are usually pictures of them taking shots, pictures of their guy friends playing ruit, and pictures of them dancing (the worst). Why do they take these pictures? No body knows, no body cares, just leave them be and they won’t bother you.

Like the brady bunch, these burgahs tend to travel in packs. They eat together, sleep together and always and I mean always pee together (because burgahs don’t poop). I don’t get it and you shouldn’t either. 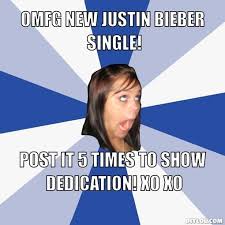 Yeah you’re music choice wouldn’t be bad if I was an eight grade girl, but come on Linda this is a party. We don’t want to hear the over played hip hop on the radio or the new Skrillex song…

This Linda can’t control her urge to chow. You’ll often find her tits deep in a jar of pickles and a peanut butter sandwich. It’s quite the site to see because after that third pickle, you know her next move is to go straight for the whipped cream and oreos. O and say goodbye to any chips in the house, burgahs love chips… Get it renae!!!

The Girl Who Shows Up Late and Leaves Early 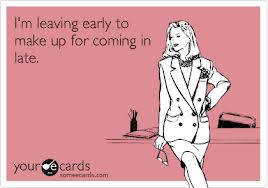 She only comes to a make an appearance…..nobody cares….

Nancy here always has to find something wrong with the night. She spreads rumors, complains and has the constant “bitch face.” Stay away from Nancy, she’ll ruin your night.

– “Why isn’t anyone paying attention to me”

So ladies, put down your phones, bring your own alchol, and enjoy the party.