As a Jew, I am lucky enough to get a free trip to Israel. For 10 days, a group of 40 Jewish students from around the states travel through every historical, cultural, and cliche site of Israel. The program is designed to try and get students to move to Israel, so they do not miss a spot. Non stop moving, hiking, drinking, and not sleeping for 10 days. I can’t say enough about how incredible an experience it was, and rather than bore you with stories about camels, rabbis, and deserts, I’m going to tell the tale of the small Jewish world that we live in.

Wandering through the ancient kaballah birthplace, Tzfat, I get lost. I’m with two other kids from my trip, and we have to get back to the bus in 15 minutes. We have no clue where we are, and hadn’t seen another American for awhile.

We turn down a side street, because the sign said, “food –>” figuring it would lead to civilization. It didn’t. 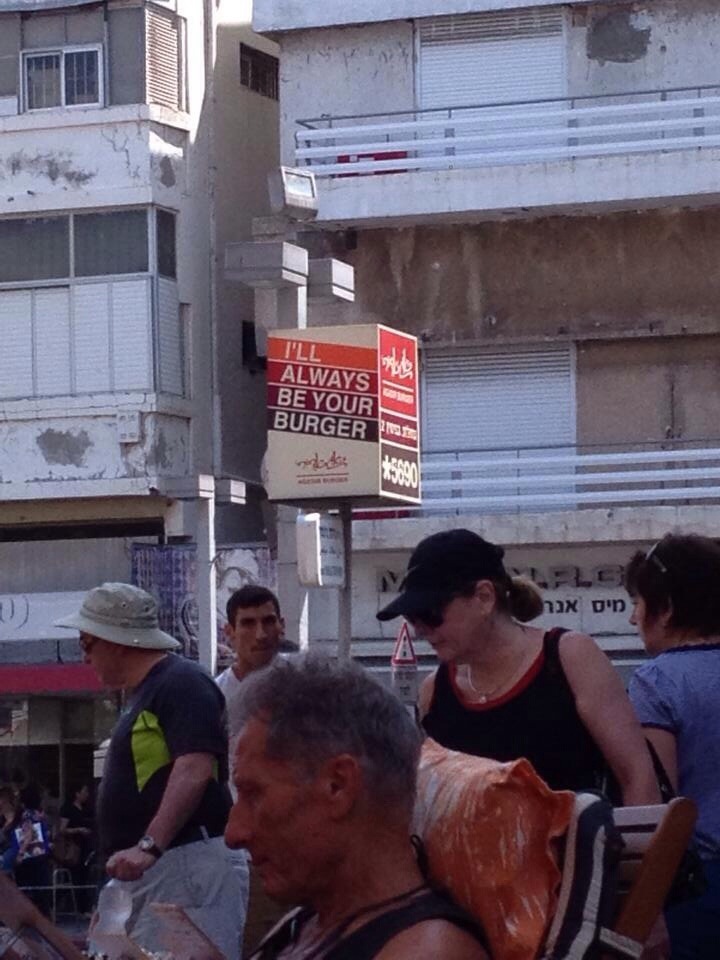 After walking up about 100 stairs, we finally see a group of Americans, not on our trip though. I see a kid with shorts that say Tulane on them, and strike up conversation.

It was Joey Scrap. The man that brought you the Top 4 things at Tulane, and the Bartender Effect.

At TMC, we welcome culture of all kinds. When TheSecondBiggestGeach said he had a cultural friend that could add something to the site, we signed him up. I have never met him or even seen him before.

In a city that dates back to 2000 BCE, on a random side street leading to nowhere, in Israel, I meet my co-blogger, and now good friend, Joey Scrap.

Later on the trip, I run into him and his crew again, this time at the bahs in Jewrusalem. Another random coincidence that turned into one hell of a night.

The small Jewish world doesn’t end there. The very last day, we go to the Israel museum in Tel Aviv. We only stopped by, about an hour and a half visit. At the entrance I see a sign for a ceremony honoring my governor, Deval Patrick.

Time passes, the ceremony ends, my group is still there, and I meet Deval Patrick. Apparently he does a lot of work with Israel and was getting a room in the museum named after him. We took a picture with a fellow Newtonian on my trip, and the PR guy for the Newton tab was there, annoying us with release forms and lame questions.

Deval then takes me down to the after party, and introduces me to my mayor, Setti Warren. I had never met Setti or Deval in the states, but in a small museum in Israel, I meet both of them. Both couldn’t have been nicer and more interested in my trip.

Not only were my mayor and governor there, but the Chancellor of my College was there. I met him, took a selfie, and took a normal picture, which he later tweeted out. Although he sends the worst emails known to mankind, he was a great guy and wants me to come by his office and get a job, so I can’t complain. 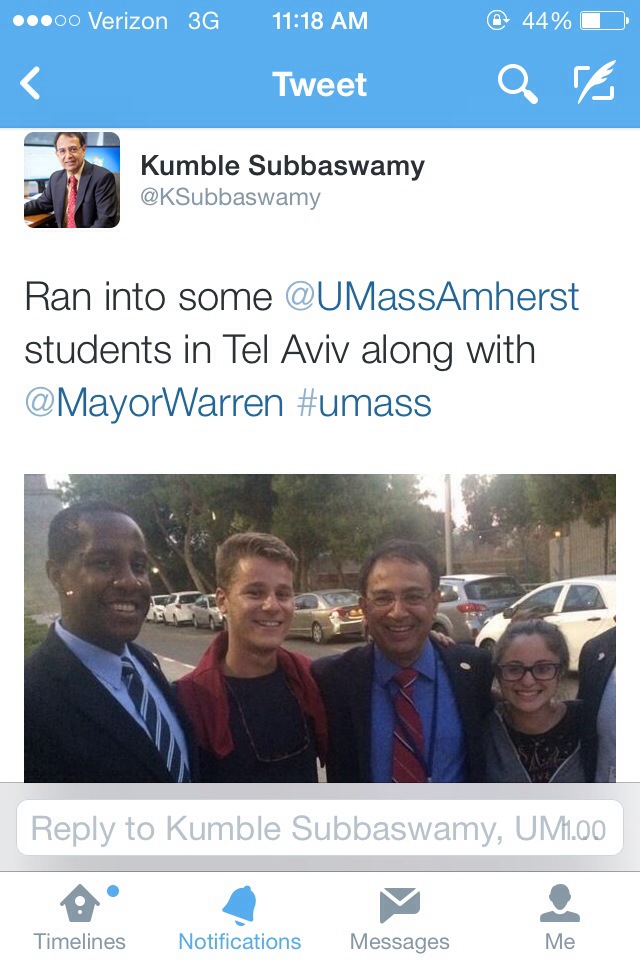 Israel is an amazing place, in which community triumphs all. Meeting some of the most powerful men in Massachusetts there seems like a sign to me. We, our community, need to do all that we can to create this sense of unity with the city, the state, the colleges, and all the culture of Massachusetts. Israel has this flow of society that seems smooth, communicative, and together. Hopefully Mr. Patrick, Mr. Warren, and Chancellor Subhaweeny felt what I felt, and work to create a better community within our state. I can’t wait until I meet them again, when TMC has a seat in the City Council.