In a soccer game in Spain last week, Villareal Football Club fans threw banana’s at black Barcelona player, Dani Alves. What Dani did next sent the perfect message back to racism..we will squash you:

After Dani’s domination of that attempt at racism, soccer players , public figures, and other athletes worldwide took to twitter and instagram to show support for Dani: 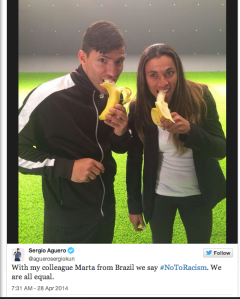 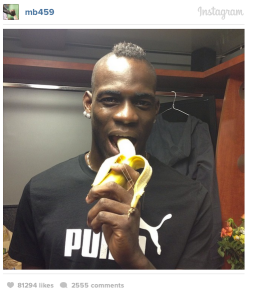 Thousands of people worldwide tweeted or instagrammed pictures of themselves eating a banana with the hashtag #WeAreAllMonkeys. This is a great show of support and togetherness, but hopefully one day these racist actions will stop all together, so these movements won’t be needed. For now, it is great to see the once extremely discriminatory world of world futbol changing to become integrated and supportive.