Michael was first caught zooting in 2009, about a year after he won a record 8 gold medals. 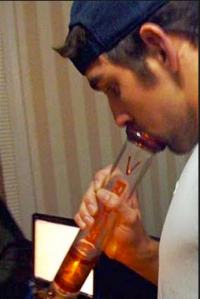 Ever since, he has been a hero in the pot community, and even has a strain named after him. After the 2012 olympics, where he only won 4 gold medals, he announced his retirement.

Michael has been with the hottest burgahs in the world, in the most tropical locations in the world, smoking the world’s finest herb. That was his “retirement.”