A recent friend  in the bloggosphere, Mackenzie Newcomb of SparklesandSecrets.com, wrote a post about the top ways guys can turn girls off. Not going to lie, I learned some things. However, she forgets that this is a two-way street. I feel as if I passed her “turn on” test, but let’s see if girls really understand what makes guys say “get that burgah away from me!”

1) Girls that wear too much makeup

-As a matter of fact, guys aren’t total pigs and just focus on boobs and butt. A pretty face is the #1 criteria. When we look at a girl and can see she has caked up, and we can’t even tell her natural complexion, it’s a turn off. Natural beauty ladies…its the way to go.

2) The “drop everything, scream, run, jump, and hug a friend when she walks into the room”

-We all know what this is. And we all know it’s so fake. Turn off.

-What the hell are you gonna do with those things?? Seriously…its all about natural beauty… 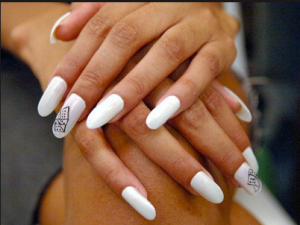 -Hate to ruin your hopes and dreams…but guys can tell.. 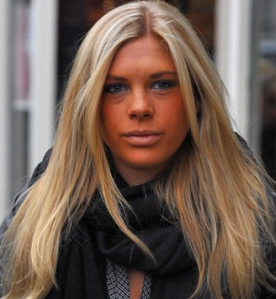 -If you’re wearing heels for a casual night out to a friends or even the bar…you’re trying to hard. Stumbling drunks in heels is not a pretty sight

-Only a few girls can pull off the bun. For the rest of you….I’m sorry but it looks unfortunate.

7) The obvious playing of hard to get

-There comes a point in the night when both the girl and the guy know they’re getting their burgah. But when a girl keeps trying to say “shuttttupppp I hate you omg” and walks away but comes back 14 seconds later…its just annoying.

-Are you wearing a rug? Cuz I just want to stomp all over you…

-We all make mistakes when we’re drunk. Don’t be that girl that tells a guy how dumb he is and corrects every move and decision he makes. Let the drunk be free!

-10 dangling Alex and Ani bracelets, a long Indian feather dream catcher necklace, and big hoop ear-rings. Just seems like you’re trying to distract us from your other parts of the body. Turned….off

What Everyone Else Had To Say

Mikey Mush asked the following people, how do girls turn you off?

Nick S: “A bad kisser, ruins everything from the start”

Rafael R: “Pessimistic women, girls that crave excessive amounts of attention, bitter women that post their crap on Facebook, women that try too hard to impress, and women that are up to date in all reality TV shows that involve relationships”

Christian F (Mush): “Definitely when a girl acts like an idiot when she’s drunk. Biggest turnoff for me. Or when they say, “Is this real life? Two turn offs for me”

Marc O: “Thinking its okay to say, I have to take a shit”

Ricky A: “Girls that name drop, girls that try and be sexually dominant, girls that don’t bathe, blatant gold diggers, and girls who ask where I live and try and judge based on if you live in the city or suburbs”

Nick Nick: ” Girls who are drinking or taking selfies in every single picture and girls who have pictures with 700 different guys”

Dan S: “Girls who smoke butts, wear too much make-up, and girls who are slampigs”

Alex M: “Thirsty girls, if your too desperate, it’s too easy”

Liam F: “If they have a kid and don’t clip your toenails”

Hymlaire L: “Girls that keep asking you, “Why are you being weird?”, Its like girl I’m chilling” “Girls that don’t understand some foods are not meant to be shared” “Girls with more nipples than tits”

Mook: “The girls who drop a deuce a the party. C’mon now, the away game just isn’t appropriate.”

Nader S: “Fucking jivels who wear too much make up like its all caked on shit on her face” “Girls who don’t dab and can’t handle their booze”

John S: “Not letting you hit it from the back” “Playing hard to get when you’re just not that hot”

Michael B: “Girls that smoke cigs, stuck up broads, and girls that live off drama”

Avi: “Smoking cigs and hairy down south” “Also too much sweat and only talking about themselves”

Mook: “The girl that can’t keep up at the pre-game. Kills the drinking game vibe.”

Bieds: “Saying they model… get outta here with that… and attention seekers” “Girls who’s goal is to be a housewife”

Anton: “Chicks with no lives or interests”