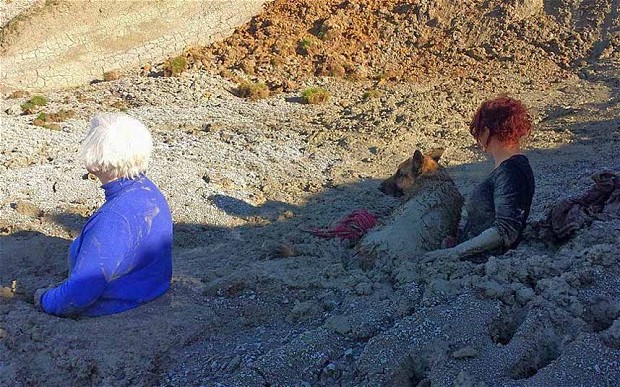 Two Lindas, ages 70 and 43, became submerged chest-deep in a coastal beauty spot at Herene Bay after trying to rescue their dog. The pair of Linda’s tried to save the afflicted dog in the bog, but subsequently put themselves in an imbroglio. One of the Linda’s called 999, which is the emergency number in England, as coast guards and fire crews rushed to the scene. They were checked by ambulance paramedics for shock and signs of hypothermia. The two Linda’s were both ok. Tune in tomorrow for more weird culture.