No, you won’t get pulled over for driving your Model S on the Turnpike. But if rules passed yesterday by New Jersey regulators and backed by GOP Governor Chris Christie take effect, you won’t be able to visit a Tesla store in the state. In an effort to protect traditional car dealerships, New Jersey is trying to shut the electric car maker down before it ever gains traction.

The corruption team just got a new player.

Here’s what is going on. Tesla (hopefully you’ve heard of it) is an electric car company that has flipped the automobile industry on it’s head and is attempting to help solve the whole “pollution of the world” problem. Sort of a big deal, no? Well the company’s efforts are being subverted by car dealerships. In Virginia and Texas, huge national car dealership companies have convinced legislators to make the sale of Tesla’s ILLEGAL… Honestly, how the fuck can that happen? Legitmately, it is illegal to sell something that is undisputedly better than the current products on the market. But, forget about that whole capitalism and freedom thing, right??

These companies have called in favors, bribed, or somehow convinced congressman to approve this law, despite the fact that the population of American states vary between 86% and 99% in the approval of direct Tesla sales in their states. I’m not saying boycott car dealerships, that’s a bit extreme. But, if you’re reading this and are in a position to help fix this issue. Please do it. Everyone else, stay informed. Stay up. One love.

Saving the environment, and helping you get burgahs. 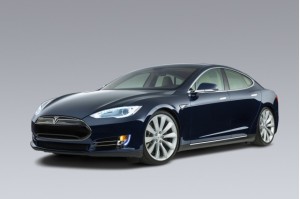