208 days till the broncos play the ravens on September 5th, so I think it’s about time we examine the Patriots offseason dilemma.

Lets simply start with our cap space and which moves make sense.

It would be nice to bring back all our free agents, but unfortunately, we can only afford to spend 7-12 million a year based on our current salary cap position. Now, you need roughly 6 million to sign draft picks and field your practice squad, as well as keeping money in the back pocket in case of some midseason emergencies, so let’s be hopeful the cap number is closer to 12 million than 7.

Okay so we only have 2 million to spend..Now what? Gotta let some fellas go.

-See ya Later Steve Gregory, you have been very average the last couple seasons and cutting you would save 2.25 in cap. Devin McCourty is working out with Adrian (the hulk) Wilson this offseason so let’s call them the week 1 starting safeties. If you are not a fan of Wilson there is always the draft, or our third round pick from last year Duron Harmon could find himself stepping up.

-Or we could cut Wilson too and sign Bernard Pollard. Might need to spend some extra cash their but it could finally bring us that reliable hard-hitting safety, something we haven’t had since the great Rodney Harrison.

-See Ya later Tommy Kelly. Sorry it didn’t work out. Once you got hurt, our rookies stepped up. They deserve the chance to battle it out going into next season, and with the return of big Vince Wilfork, there is no room here for you for that type of cash. Ill take my money back, please add 2.5 mil to that spending fund.

-Isaac Sopoago was a huge disappointment and there’s really not much more too say, give me back 2.5 million and we’ll see ya later.

So were looking around 9-9.5 million, but wait, what’s that? There could be a lot more?

-Yeah remember that Hernandez dude? Well, we gave him a lot of money, and he’s in a prison cell. Sooooo ummmmm doesn’t it make sense to take him off the payroll? The league, aka Rodger Goodell and the boys, are going to address this but it SHOULD result in us receiving his base salary of 7.5 million back in our pockets.

So lets call it 17 million but we are not done yet.

-Cutting Vince Wilfork would save us 7.5 million in cap. Cutting Vince Wilfork? Am I insane? Well..The Patriots organization understands this is a business. They have made many shocking releases of talented veterans (Ty Law, Asante Samuel, Mike Vrabel). Vince is getting old and is coming off a terrible injury..But I believe in him, his work ethic, and his determination to come back from this a better player. With the relationship him and Kraft have, I see a release highly unlikely. I know the patriots make shocking moves, but I feel like it is different with Vince. There’s a clear level of respect, which goes both ways. I see him restructuring his deal and making a public statement saying he is just focused on getting better and will do whatever he has to do financially to help the team get better. He’s heading into his final years, he wants another ring, and he’s already gotten paid, so look for VInce to take off a couple million from the 11.5 cap impact. Lets call it 4 million.

So around 21 million is where we stand

Now we got about 14 mil to spend, where does it go?

Do we need Edelman back or do we just need Amendola to take over his production?

-Edelman had an unbelievable year, but is he just a product of our system? He played the Welker role, he ran good routes, and he can catch the ball. But is he replaceable? We asked the same question last year with Welker, and I was more than satisfied this year with having Edelman instead. I do want Edelman back, but a bidding war to retain him is not worth it. Now, there are plenty of good receivers on the market this year, so I don’t expect him to be getting offers that we can’t match, but I can see teams offering a similar contract that we offered Danny, or the broncos offered Welker. Realistically, Edelman would need to come back cheaper than Amendola. That’s all we can afford, and I know it’s not fair, but football is a business. We want you, but we are not willing to overpay you. Amendola took your contract, and although you gave us his productivity, we are not going to pay 2 slot receivers top dollar right now. Or…he could do this; take a 3-year contract worth 15 million with incentives to make 18. Take the home town discount, further establish your name, ride out Brady’s career with him, be his safety blanket, win another Superbowl, and be loved by patriots fans forever….or take as much money you can get and scram.

-If Edelman doesn’t return look for patriots to try and go after Emmanuel sanders, Eric Decker, Dexter McCluster, Ted Ginn or other small/quick types of receivers.

-My choice is Kenny Britt. Dude was a former ‘09 first round pick and has seen his career sink with the Titans. He has the frame and the speed, but has not had the success for teams to take the chance with him on a big contract. Get him on a short-term contract and take a chance. We need a receiver to stretch the field and this could be it. Lets get Kenny Britt.

-Lagarette Blount stated he wants to return and I believe the patriots will offer him a contract. If he takes it he takes it, as simple as that. Look for no more than a 2-year, 3 million-dollar deal, with incentives. Overall, I believe Blount wants to win so he will stay put, especially with Vereen and Ridley playing on contract years.

-Need to sign a center to replace Wendell. We were eaten up on the offensive line and Wendell’s size was part of the problem, so look for us to bulk up in the draft and sign a veteran fill in as of now.

-Another solid option would be signing Scott chandler out of Buffalo. He’s a big target with great hands, could play Gronk’s role, and we could wind back up in a lot of two tight end sets if this acquisitions occurs. He would not be expensive, and is better than the TE options we have now.

Clearly the Patriots have many decisions to make. Do we keep Edelman, or Talib, or Wendell, or Blount, because were not rich enough to keep all of them. If the Pats follow my advice, we should be kicking the Seahawks ass next year in Superbowl

In Belichick we trust 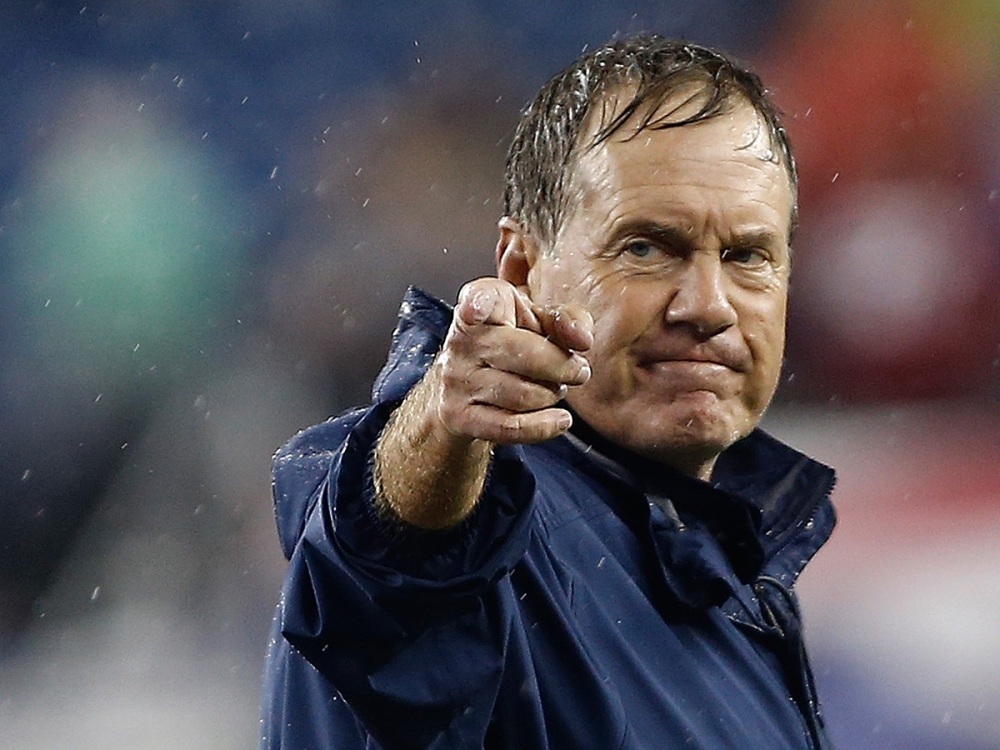