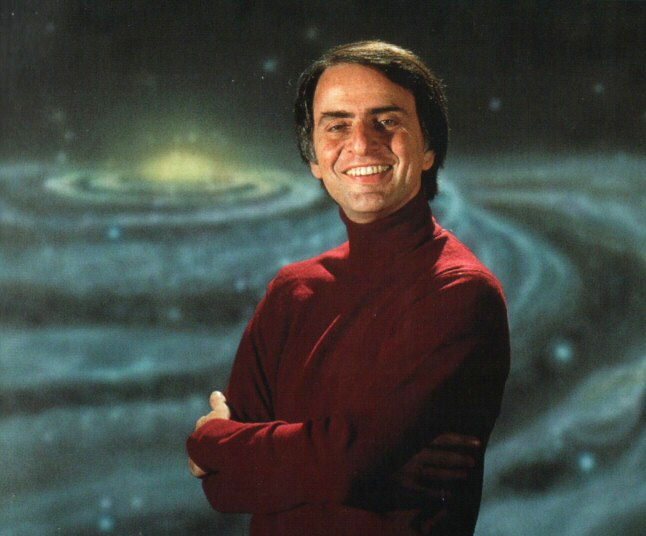 Charles Sagan(November 9, 1934 – December 20, 1996) was an American astronomer, astrophysicist, cosmologist, author, science popularizer and science communicator in astronomy and natural sciences. He spent most of his career as a professor of astronomy at Cornell University where he directed the Laboratory for Planetary Studies. He published more than 600 scientific papers and articles and was author, co-author or editor of more than 20 books.
Sagan wrote the award winning TV show Cosmos: A personal voyage. Sagan also wrote the novel Contact, which unfortunately was remade into a really shitty film starring Jodie Foster and Matthew McConaughey. By the time Sagan was five years old, he was taking trips to the library alone to read books to find out where the stars were because he failed to get a clear answer from everyone that he asked…..Charles. He co-founded the Planetary Society, the largest space interest group in the world. Sagan is perhaps best known for his research on the possibility of extraterrestrial, pertaining to more advanced civilizations and their opinions on the views of Earth.