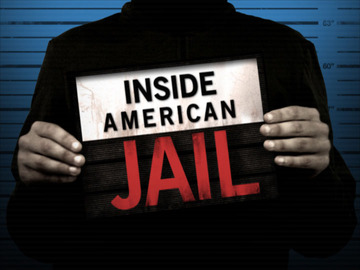 People were appalled when they found out about prisoners about Guantanamo bay being tortured, and rightfully so. What most Americans do not know is the inhumane acts that occur in prisons in the United States today. It’s called solitary confinement. Jails have justified these actions by coining terms such as “isolation”, “administrative segregation”, “control units”, and “secure housing.” Many studies have shown that solitary confinement has resulted severe psychological damage of prisoners who were subjected to solitary confinement. In my opinion, being held in a small room with no windows, receiving water and food through a small slot and having little to no contact with humans is torture.
The people that serve this punishment deserve it because they have committed a crime that deserves this punishment, right? This is a fallacy. Many people subjected to solitary confinement are mentally ill, mentally handicapped, or illiterate.  Some are put there because they failed to comply with vague instructions.
The United States is the world leader in locking people up. About 25 percent of inmates are there for nonviolent drug offenses. There are more than 40 “supermax ” facilities in the US. These facilities are comprised mostly of solitary units. The average cost of an inmate in a supermax prison is three times the amount of a regular prison. Imagine if citizens were cognizant of what went on inside of prisons that their tax dollars are going to? In Great Britain, ordinary citizens can be volunteers to monitor prisons. Access of the press is restricted and the Department of Justice has no plans to change that. Essentially, prisons in the United States are permissive environments in which the wardens and guards have full autonomy in their decision making.
It is fair to say that the United States has one of the most stable governments in the world, and that is something that we take for granted. Since traveling to Europe, two out of the three countries that I have been to, Spain and Portugal, did not develop efficient Democracies until the second half of the twentieth century. We have never experienced a dictatorship or a change in the regime through violent measures. The type of Democracy that has been entrenched in the US for hundreds of years sets an example for other Democracies around the world, and it’s about time we start setting an example for human rights as well.  This country condones cultural relativism and only focuses on human right crises when they are in our sphere of influence. This is because the United States prison system conducts abusive acts, so it would be rather hypocritical for them to publicly advocate for world wide human rights.
Not only is solitary confinement an impermissible act, but it is divesting United States citizens of their tax dollars being used efficiently as well. The citizens need to become more informed about the state of prisons, and the United States needs to start setting a better example of human rights for other countries at a time where Democracy is considered the preeminent type of government, largely in part of the United States.