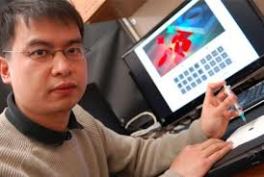 No wonder why all those smart fucks can spend all day trying to cure cancer and still find time to throw the best parties in Boston.  They’re on addy all the time.  School president just released a statement yesterday saying how helpful it has been for students in recent years and how the pro’s outweigh the con’s in terms of side effects, etc.  Said he credits his own use for upping the school’s endowment and that he predicts an increase in GPA and job placement rates if it becomes more accessible to students.

Supposedly you can already buy up to 70 mg at the student center mini mart right next to the frozen dinner aisle.  All you need is a student ID and $5.

I know what you’re thinking: it’s not fair.  They were already too smart to begin with.  Now they can read Descartes and listen to Five for Fighting at the same time.  They can finish econometrics problem sets while watching Maury’s new late night talk show.  They can hold hands and watch Rockets games and curse in Mandarin every time Jeremy Lin misses a three.

Look, I get it. It’s an advantage. But I’d rather the orientals at MIT have the it than the muslims who are trying to kill us all. Imagine if bin laden and those other cave-dwelling Roger Goodell supporters could stay up all night and devise secret plans and shit and not get tired.  We’d all be in a lot of trouble.