I’m not sure if all of you know this guy but Supreme Culture judge, Clarence Thomas has been criticized for his apathetic attittude towards affirmative action and civil rights.  Coming from an extremely humble background where he was subject to destitute in Pin Point, Georgia, a town that was founded by freedman after the Civil War.  He was the only black student at his high school, where he experienced multiple accounts of racism.  He attended The College of Holy Cross for his undergraduate degree, and then studied Law at the Yale University, two schools that are predominantly white.  This guy epitomizes hard work.  He is one of the great stories of American politics.  This is the last guy that should be against civil rights and progressive politics.  There are only two explanations about why this guy has the harsh, pro-white extremist attitude that he does.  First off, he is not getting his culture rubbed enough as he was accused of sexual harassment by a colleague, or he was influenced by the grandpa on the boondocks show.  Check the comparison in looks. 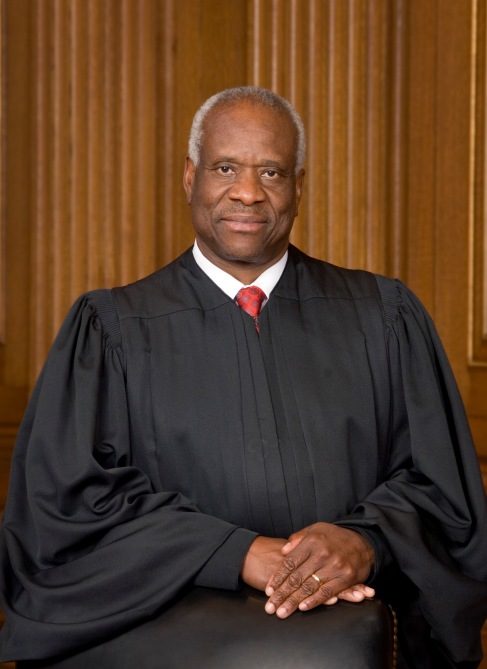