If you’re a heterosexual male, you like yoga pants, bar none. I am a huge fan of the company, Lululemon. Their stores are ubiquitous throughout the US, which makes their products widely available to the “public” really just for hot MILFS and nubile females to show the culture off. Chip Wilson, the founder of the company, stated publicly that Lululemon products were wrong for certain body shapes. It caused such an outrage, especially among feminist douchebags that are totally jelly that they don’t have a super nice bod, that Kelly stepped down afterwards. Has the first ammendment dissipated into nothing? Next you know there will be a federal statute mandating clothing stores for fat chicks. This is absolutely pathetic that Kelly had to step down for comments that were not only true, but far from offensive. If I walk into a European fashion store and the shirts don’t fit me because i’m not skinny enough, i’ll buy a fucking shirt somewhere else and not think twice about it. The pussification of culture in this country is amplifying by the day and it needs to come to a stop. Burgahs, you know who you are, keep rocking those yoga pants and show off your culture. 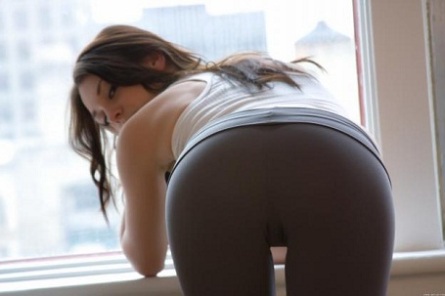